Before, when I was just an American Citizen (rather than someone with dual citizenship), people would ask me what my thoughts were on Israeli politics, the legitimacy of the settlements, tensions between Palestinians, Arab-Israelis, and Jewish Israelis. My answer was always the same: “I don’t live there. How could I possibly make a statement about what’s right or wrong?” So now I’m here for a year and a half. And if you asked me the same question I’d give you the same answer, but with different reasons. Now that I’m here, I feel as if I understand even less about what goes on. Because I now know that I need to understand the history, the psychology, the culture—and mixtures of cultures. It will take some time until I feel that I know enough to even take a stab at answering that question.

But there’s one thing I am certain of. And that’s last week’s murder of Eden Atias, the 19-year-old soldier who was brutally stabbed as he dozed on the bus in the Afula bus station, is a tragedy beyond understanding. 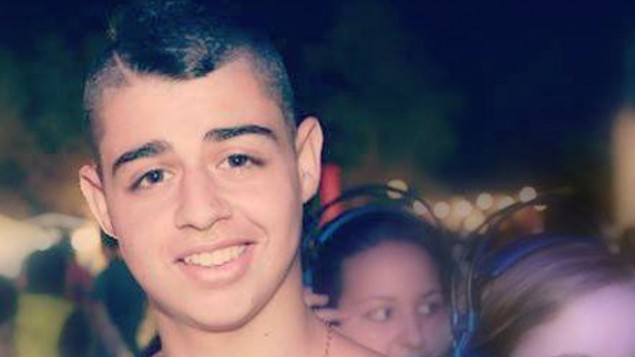 Eden Atias, a 19-year-old soldier, was brutally stabbed by his seat-mate last week.

Eden is (I suppose I must now say, “was”)  the same age as my daughter, who will be drafted for the army in a few months. And that, most unfortunately, makes this savagery even more personal. Look at this child’s face. He is so young. What was his crime? He was taking a nap on the bus, having succumbed to the exhaustion of the rigors of his first two weeks in basic training.  He was just at the beginning of everything.

There was an excellent editorial about this in today’s The Times of Israel. I recommend that you read what David Horovitz, the author, has to say. It’s not about knee-jerk reactions. It’s not about hyperbole. It’s about a global lack of understanding of tangential, yet oh-so-vital understandings of what fuels and fills the minds of youth in today’s Middle East.  http://bit.ly/17dsM4H

I can’t get the face of Eden’s mother out of my mind. I don’t even know what she looks like, although I’ve seen photos of the grieving family. I can’t make out who is mother, grandmother, friend. Does it matter?

How could anyone think that you can drive home a positive, political point by murdering an innocent youth while he/she dozed in the next seat? What could it possible prove? What could it change, except the lives of scores of people on both sides of this travesty.

There have been many, many tragedies in this country. And I must pause to consider that this event went not just to the top of the News at 6, but was remarked upon by the country’s prime minister. I don’t see that happening in any other country. Forgive me for quoting Stalin, who said, When one man dies it is a tragedy, when thousands die it’s statistics.

I just don’t understand. And I hope I never will.

5 thoughts on “The Sleep of the Innocent”